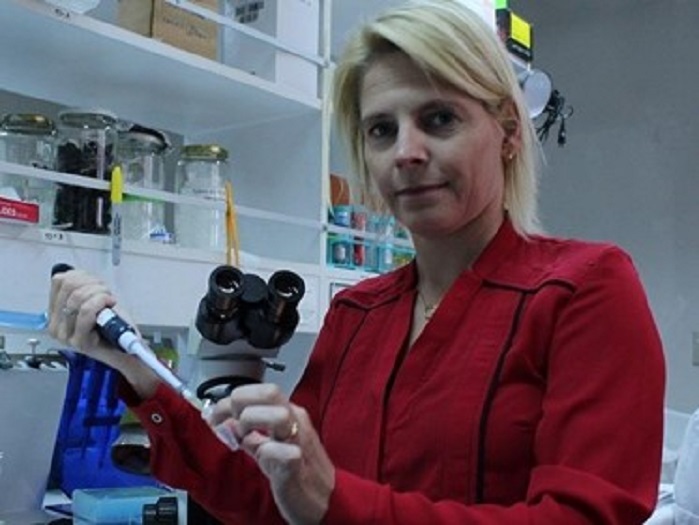 The research took eight years and involved 35 scientists from different countries, led by Dr. Brigitte van Zundert, a researcher at the Institute of Biomedical Sciences of the Andres Bello University (UNAB). The findings will redirect efforts to improve the diagnosis and treatment of Amyotrophic Lateral Sclerosis (ALS), a devastating disease that currently has no cure.

Amyotrophic Lateral Sclerosis (ALS) is a disease caused by the progressive death of neurons that control muscles, called motor neurons. Thus, people affected by the disease slowly lose the ability to walk, talk, and breathe. It has no cure and is usually diagnosed when the first motor problems appear, such as muscle weakness or difficulties in moving the hands or walking.

This was the case of the most renowned ALS patient: Stephen Hawking. The English physicist was diagnosed at a very young age after having trouble walking and progressively losing his motor skills.

Since the beginning of the 21st century, it has been established that motor neurons affected by ALS were killed by the influence of other brain cells, the astrocytes. These cells are generally essential for the proper functioning of motor neurons. Still, for some reason, in people with this disease, the astrocytes release an unknown toxic factor that specifically kills motor neurons.

Establishing the identity of this toxic factor became a priority to understand this condition better and move towards better diagnostic and treatment strategies. After eight years of work, a group of 35 scientists from Chile, the U.S., and Germany, led by Dr. Brigitte van Zundert, a researcher at the Institute of Biomedical Sciences of the Andrés Bello University, managed to solve the mystery and establish the identity of this toxic factor.

In this case, a family of negatively charged molecules known as polyphosphates. For Dr. van Zundert, this finding has several interesting clinical implications. “The identification of polyphosphates as the toxic factor causing motor neuron death in ALS will allow us to design new diagnostic strategies. For example, in our study, we were able to demonstrate that samples from patients diagnosed with this disease are richer in polyphosphates than samples obtained from healthy people”, she said. Thus, detecting these molecules could be used to make an early diagnosis, even before the first motor symptoms appear”, she added.

At the same time, these results will allow redirecting efforts to design new therapeutic strategies through, for example, the decrease of polyphosphate levels. However, the challenge is significant because these usually have important roles within cells.

For Dr. Nibaldo Inestroza, 2008 National Prize in Natural Sciences and director of the Center for Aging and Regeneration (CARE UC) of the Universidad Catolica, who was not directly involved in the study, the results are very interesting:

“This important finding, led by Dr. van Zundert and published in the journal Neuron, offers important new insights into the basic molecular mechanisms of neurodegenerative diseases”, said the neurobiologist, who also noted that “the results are a critical step towards developing a biomarker for ALS along with a possible treatment for this devastating and so far, incurable disease.

At the same time, these results also raise new questions. In an average brain, there are some 86 billion neurons and another 85 billion non-neuronal cells, but only 500,000 motor neurons. Therefore, if there were as many cells in a brain as people are living in Chile, only 58 of those cells would be motor neurons.

“We still don’t understand why only motor neurons, a small population of cells within the brain, are so sensitive to polyphosphates. For this reason, we now want to focus on understanding which factors present specifically in these cells contribute to their sensitivity to these molecules, which are generally harmless and at low concentrations show a benefit for motor neurons”, said Dr. van Zundert. Thus, identifying this toxic factor will mark the future course of research associated with Amyotrophic Lateral Sclerosis.

The scientific paper is entitled “Excessive release of inorganic phosphate by ALS/FTD astrocytes causes non-cell-autonomous toxicity to motoneurons” and was published on March 10 in the journal Neuron (https://www.cell.com/neuron/home).

The study involved 35 researchers from Chile, the United States, and Germany, led by Dr. Brigitte van Zundert, a researcher at the Institute of Biomedical Sciences of the Andrés Bello University, and was financed with funds from international foundations and universities, in addition to the National Agency for Research and Development (ANID) of the Chilean Ministry of Science, Technology, Knowledge and Innovation.